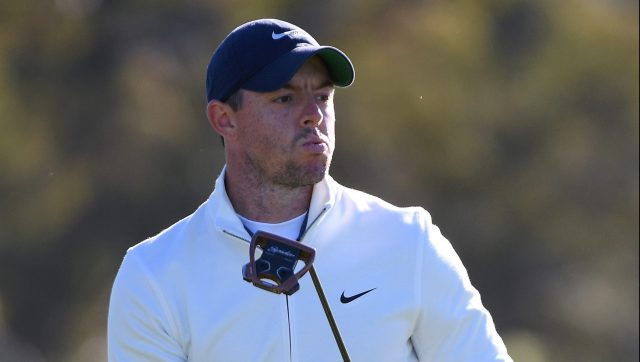 Rory McIlroy. Photo: Getty Images
Torrey Pines Golf Club received a decent amount of rainfall last week, and the local arena was overly enthusiastic. During the third round, the ball was stuck after being hit by Rory McIlroy, and the golfer exercised his right to throw in after alerting his flight partners. I threw in, struck and went on.

No one would have paid attention to this case if Patrick Reed, whose reputation has long been considered “tainted”, had not been in a similar situation. Reed performed similar manipulations and even called the referee (which, according to the Rules, is not at all necessary), but viewers immediately saw in his actions an attempt to cheat, unleashing heavy artillery on the golfer on social networks. Patrick even had to write on Twitter (in capital letters for persuasiveness) that RORY DID THE SAME SAME, but the people's anger could not stop. Tour representatives even had to make a separate statement that both golfers acted in accordance with the Rules.

The full exchange as Patrick Reed takes embedded ball relief on No. 10.pic.twitter.com/gSPH6PrAoW

“There is nothing worse than being accused of a scam, which is not a reputation you wish for anyone,” McIlroy says. – Our game is built on honesty and doing the right thing. I always try to do the right thing and hope people see it. I think this is where my reputation was formed. “