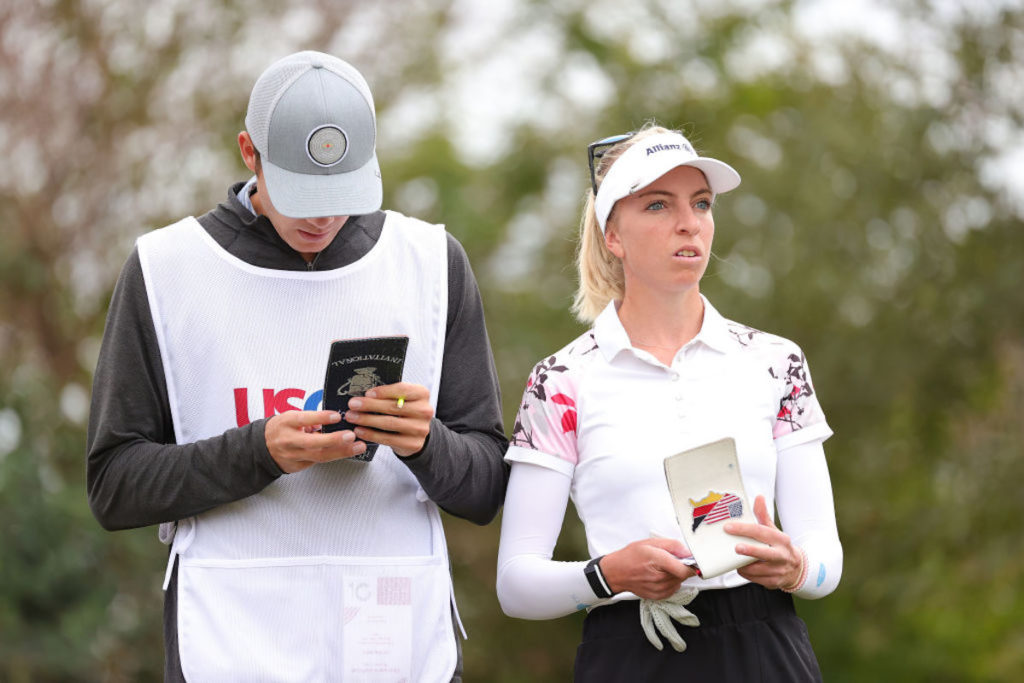 At the US Women's Open 2020 at the Champions Golf Club in Houston, Texas, three strong German women went to the tee with Women's British Open Champion Sophia Popov, Solheim Cup winner Caroline Masson and two-time professional tournament winner Esther Henseleit. Also worth mentioning was the participation of Austrian amateur Emma Spitz. The scores show that some players found it difficult to move.

In 1957, the Champions Golf Club was founded by Jack Burke and Jimmy Demarat. With Jack Burke (winner of the Masters and the PGA Championship in 1956) and Jimmy Demarat (Masters winner 1940, 1947 and 1950), multiple major champions are the founding fathers of this private club. The first 18 holes were opened with the Cypress Creek Course in 1959. Six years in 1964, the Jackrabbit Course designed by George Fazio added to the Champions Course ensemble. In 2002 the Jackrabbit square underwent a complete renovation – carried out by Tom Fazio, George Fazio's nephew. Numerous top events have been held at the Champions Golf Club – Ryder Cup 1967, US Open 1969, Houston Champions International 1966, 1967, 1970, 1971, Tour Championship 1999, 2001, 2003 and many more. Almost all of the tournaments mentioned were played on the Cypress Creek Course.

Due to the delayed hosting of the US Women's Open this year, this women's major has to be played on two courses for the first time – the Cypress Creek Course and the Jackrabbit Course.

US Women˚s Open 2020 Day 2: Sophia Popov with her caddy Maximilian Mehles on lane 12 of the Jackrabbit Course. (Photo: Getty Images)

After a strong 69er opening round on the Cypress Creek Course, Sophia Popov placed 2 under par at the front of the field – namely in 5th place. However, the Germans seem to have placed the Cypress Creek Course better than the Jackrabbit Course. In her second round, Popov played eleven pars, six bogeys and one birdie on the Jackrabbit Course. A 76 (+5) was noted on the scorecard. With this overall result of +3, the German had to tremble again, because suddenly it was no longer a matter of course to be allowed to play at the weekend – only 60 players and tied are allowed to start the final rounds. With 3 over par, at the end of the second day of play, Sophia Popov is in shared 47th place – with 19 other players! So the field is very close. The German made the cut of +3 by a hair's breadth, or to the beat.

Preview of the US Women's Open 2020 with exciting background information

Masson and Henseleit fail on the cut

For Caroline Masson, who was still in 24th place after lap 1, things went less well in the second lap on the Cypress Creek Course. Eight bogeys, a birdie and a 102nd place with 78 strokes (+7) mean a golf-free Advent weekend for the Solheim Cup winner. 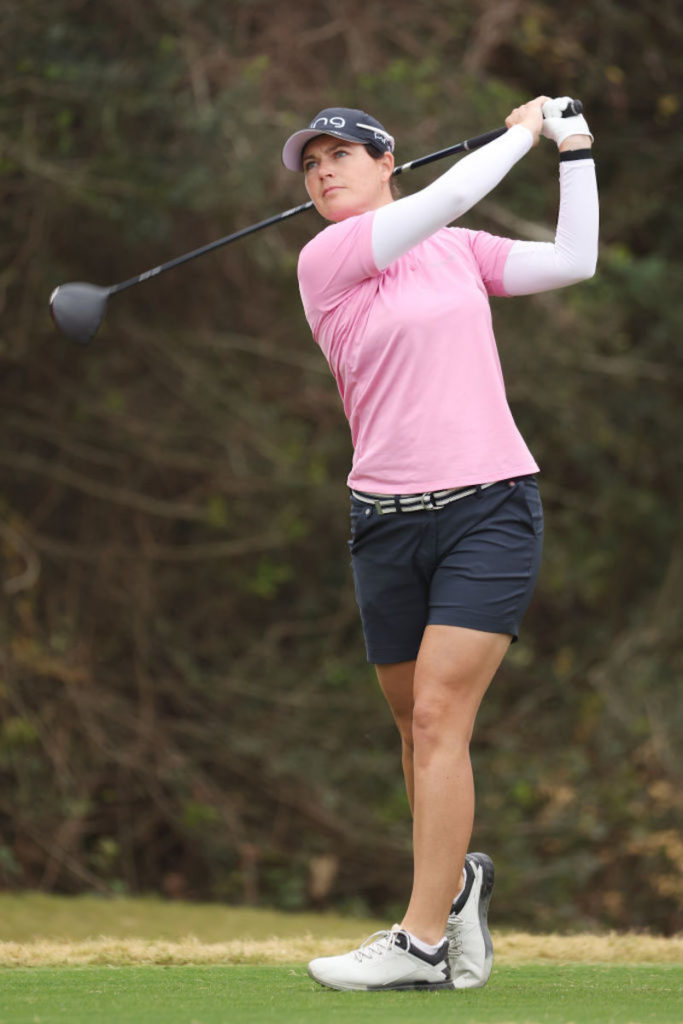 Esther Henselt, who plays for Hamburg GC Falkenstein, was already in 108th place after the first round at 5 over par. In round 2 she fought on the Jackrabbit Course and countered a double bowey on lane 6 with a birdie on lane 7. But 74 strokes and a total of 8 over par are not enough to survive the long-awaited first cut in a major.

With 10 over par, the US Women's Open also ended for the Austrian amateur Emma Spitz.

Cinderella in the lead

The Japanese Hinako Shibuno, winner of the Women's British Open 2019, moved to the top of the leaderboard after round 2 with a 67 (-4) to a total of 7 under par and leads solidly with three strokes. The modification of the Japanese woman's name from Shibuno to Shibuko means “smilling Cinderella” – something like “smiling Cinderella”, the Walt Disney version of Grimm's Cinderella. The 22-year-old Shibuno is not only extremely successful with five professional victories and a current 16th place in the world rankings, but is also considered very personable. 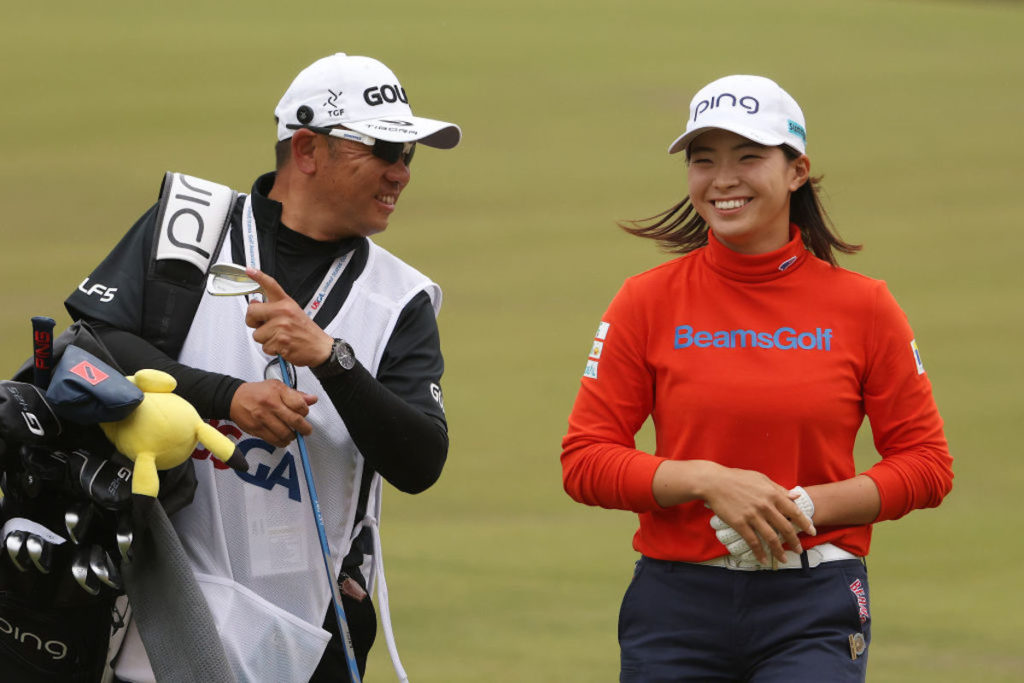 The Japanese Hinako Shibuno has a good laugh – she leads after round 2 of the US Women's Open 2020. Here on lane 18 with her caddy Keisuke Fujino. (Photo: Getty Images)

With the Swede Linn Grant (-4), the granddaughter of a Scottish golf instructor, a top amateur has made it to second place. In 2017, Grant won the German Girls Open in St. Leon Rot, the Helen Holm Scottish Women's Open Championship and the Ladies' British Open Amateur Stroke Play Championship. It is already the third major participation of the 21-year-old amateur – in 2018 Grant missed the cut at the Women's British Open, but earned a remarkable 57th place at the 2018 US Women's Open. 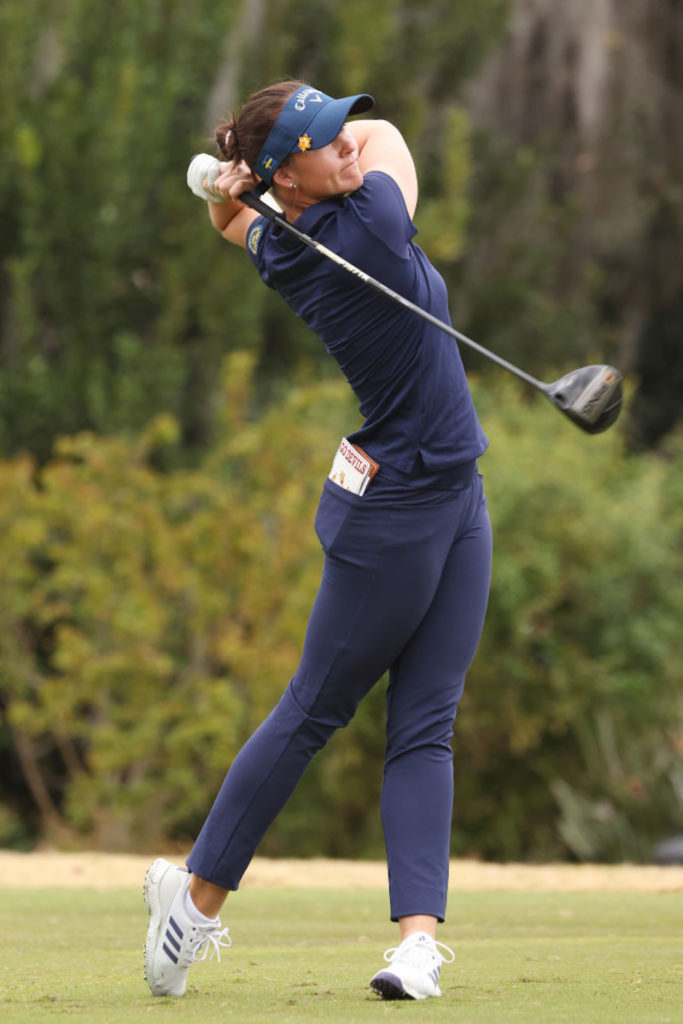 The leader of the first round, American Amy Olson, scored an ace on lane 16 of the Cypress Creek Course on Thursday. After round 2 with 72 (+1) strokes, Olson is a total of -3 in third place. The leaderboard shows many US women in the top ranks. You want to win “your” major. The weekend promises to be exciting with this close-knit field – second place (-4) and the cut limit (+3) only separate seven strokes. 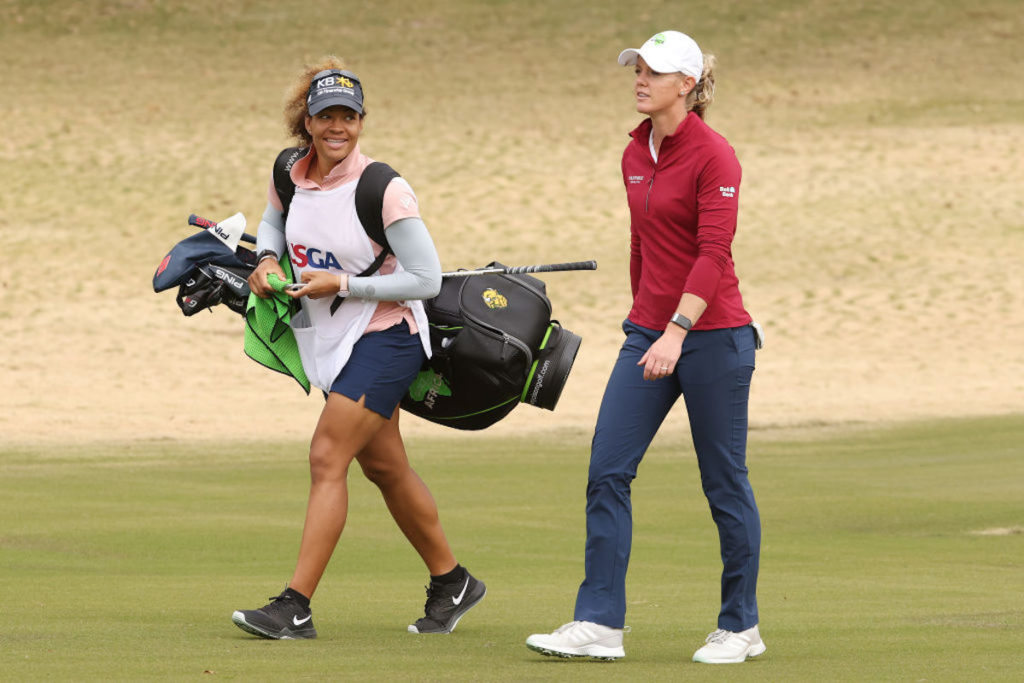 The American Amy Olson is playing solidly at the US Women's Open 2020. After round 1 she was in the lead, after round two Olson is still in 3rd place. Seen here with caddy, Taneka Sandiford. (Photo: Getty Images)

Excerpts from the leadboard US Women's Open Round 2 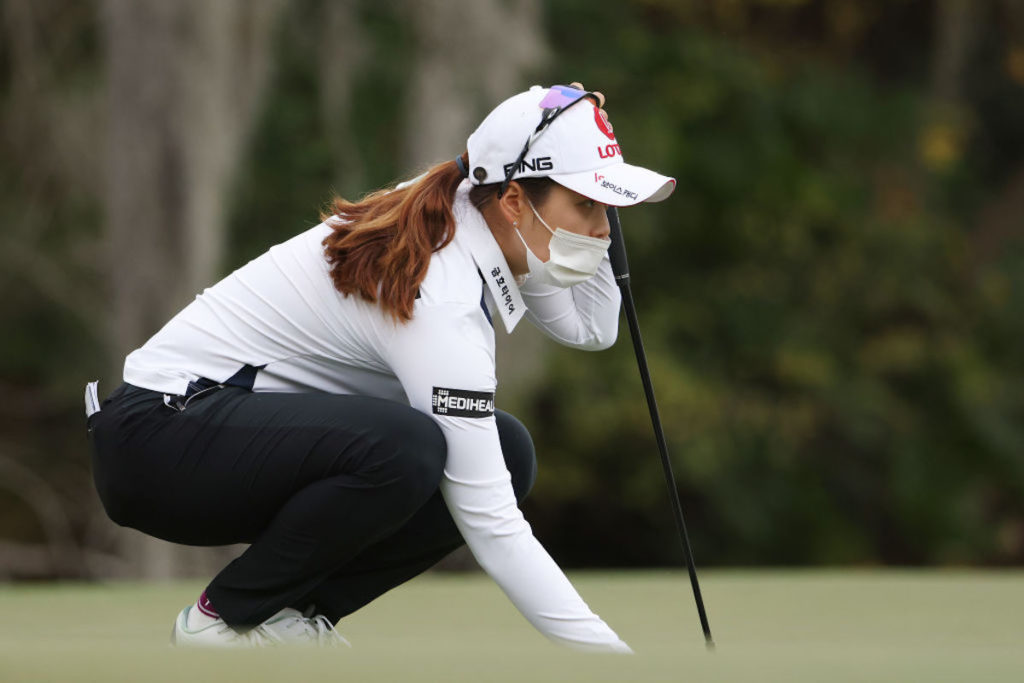