The 75th US Women's Open will take place from December 10th to 13th at the Champions Golf Club in Houston, Texas. Here you can find out how things went for the three German players, what is behind the #womenworthwatching campaign and whether there were actually penalties in round 1.

156 players started in round 1 of the US Women's Open 2020 on Thursday, December 10th. Due to the late game date, this major has to be played on two courses for the first time – the Cypress Creek Course and the Jackrabbit Course of the Champions Golf Club. The start was always on lanes 1 and 10. That can lead to confusion for the players themselves. The Chinese Jing Yan was late for her tee time. The player was still allowed to tee off and slammed her tee shot down the fairway, punched with three strokes, which were then recorded as a bogey plus the two penalty strokes for being late – Yan played a 74 (+ 3 / rank 75).

Equal to Caroline Masson is the Englishwoman Charley Hull, here on hole 12 of the Jackrabbit Course. (Photo: Getty Images)

From a German point of view, the first round was partly excellent. Sophia Popov, who surprisingly won the Women's British Open in August this year, is also turning it up in Houston. With four birdies and two bogeys on the back nine – lanes 10 and 18 – Sophia recorded an almost flawless 69 (-2) and placed next to Solheim Cup winner Charley Hull and five other players on the shared 5th place. The lead was taken over by the 28-year-old American Amy Olson (-4), who can look back on a solid season in 2018, but is still without a professional win. In second place is the Thai Moriya Jutanugarn (-3) – to whom this name may sound familiar: her younger sister Arya Jutanugarn (-2 / shared 12th place) is a two-time major at the Women's British Open 2016 and the US Women's Open 2018 -Winner.

Caroline Masson played a solid par round with 71 strokes on the Jackrabbit Course. Esther Henseleit, who has competed in her sixth major tournament with the 75th US Women's Open since her professional debut in 2019, recorded a 76 (+5) on the Cypress Creek Course and is now in a shared 108th place.

After the first round of the US Women's Open, Esther Henseleit is shared 108th with 5 over par. After two rounds, the best 60 players – and tied – advance. (Photo: Getty Images)

There are also over 20 amateurs in the starting field. Among them the Austrian Emma Spitz, who was able to counter her six bogeys with two birdies – so Spitz played a 75 (+4) and is on the shared 89th place. 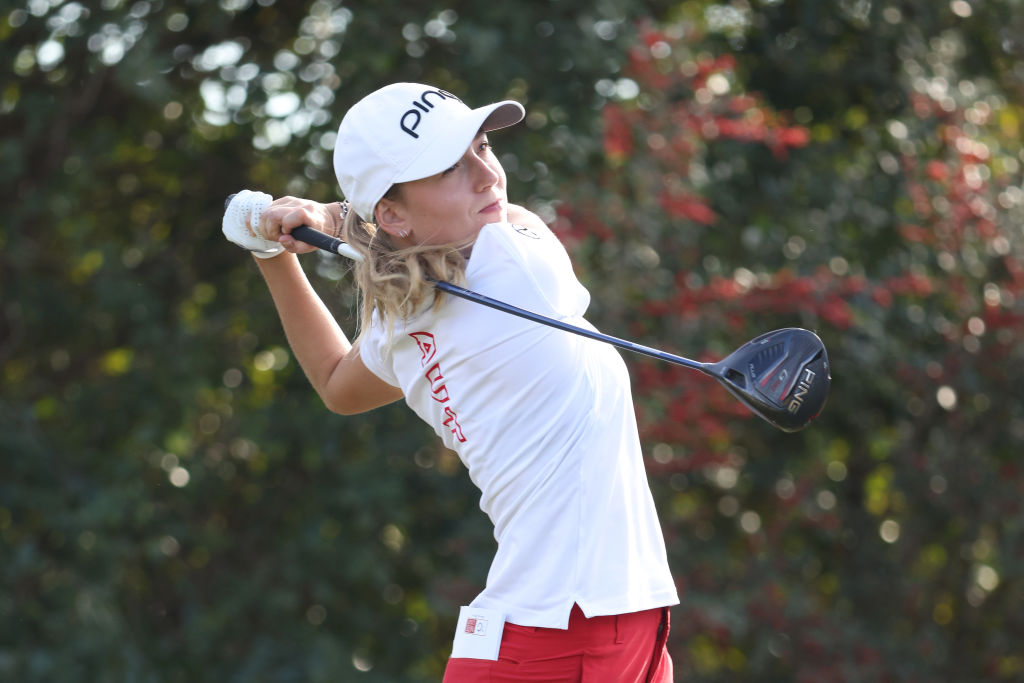 The amateur player Emma Spitz starts at the 75th US Women's Open in Houston, Texas and is in the solid midfield of this last major of the year with +4. (Photo: Getty Images).

Matchday 1 dedicated to “Women worth watching”

Fortunately, it is not as radical in golf as in the book “Invisible Women”, in which the journalist Caroline Criado-Perez points out the social grievances that we still live in a world dominated by men in the 21st century. Nevertheless, it cannot be denied that there are clear grievances between male professional golfers and female professional golfers, which are mainly reflected in the amount of the prize money. This 75th US Women's Open is indeed the most highly endowed women's tournament with $ 5.5 million, but there was more than twice as much prize money to be won at the Winged Foot Golf Club with $ 12.5 million – winner Bryson DeChambeau received $ 2.25 million alone.

The significantly lower prize money is due to the lack of sponsors. And sponsors tend to only support tournaments that are of public interest. Well, that's the crux of the matter. Significantly fewer spectators attend high-ranking women's professional tournaments and, in general, professional golfers have a much smaller “fan base” than their male colleagues.

An example: The official Instagram account of the US Open (men's) @usopengolf has 231k followers, the official account of the women's major counterpart @uswomensopen has only 5,962 followers – about as many as any narrow-gauge golf influencer. However, it is gratifying that the USOpenGolf account is linked to the women's account.

While golf – and especially women's golf – is very popular in the United States, of all registered golfers in the United States, only 22 percent are female. In Germany, on the other hand, 37 percent of the golfers registered in the DGV are women. Nevertheless, the successes of the Proettes are hardly noticed and properly celebrated. The golf athletes have a lot to offer. For example, a juicy drive length. With an average drives of 272 meters, Nelly Korda only ranks fourth in the LPGA's driving statistics. And without wanting to sound sexist, it's not just the swings of most professional female players that are wonderful to look at. 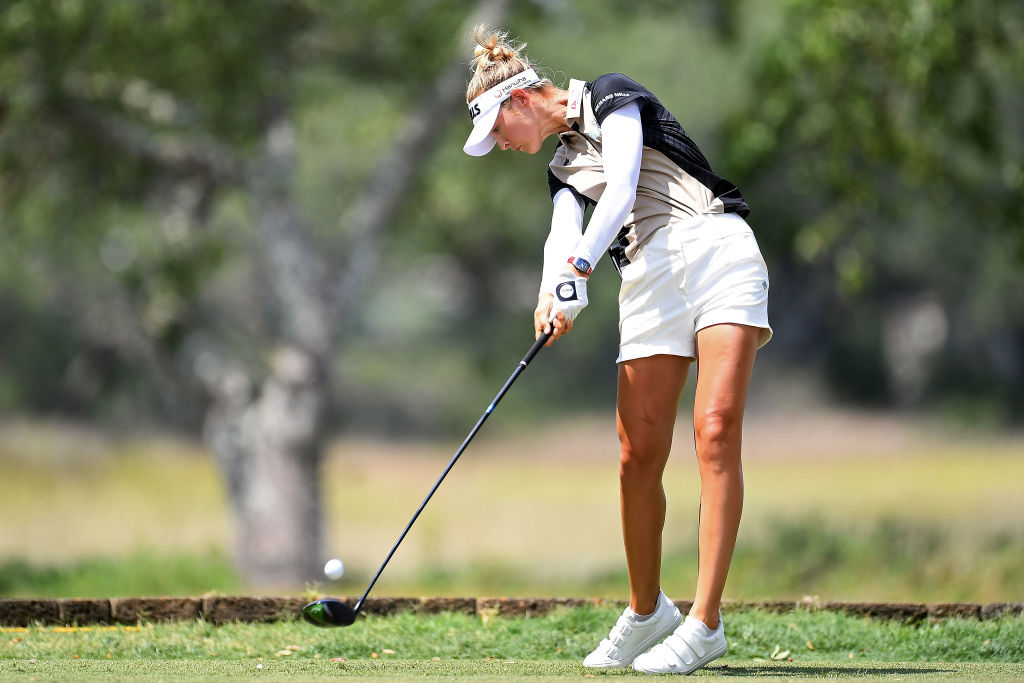 The five-time LPGA Tour winner and Solheim Cup player Nelly Korda is after day 1 of the US Women's Open with +2 on the shared 55th place. (Photo: Getty Images).

Nevertheless, it is a challenge to stay up to date with all things women's professional golf – the events are hardly ever broadcast in moving image format. If you want to watch the US Women's Open, you should watch the Golf Channel via satellite or on the SKY Stream (Friday: 7pm – midnight; Saturday: 5pm – midnight; Sunday: 5pm – 11pm). For these and similar reasons, the USGA, the American golf association, drew attention to #womenworthwatching yesterday, as it is definitely worthwhile to deal with women's professional golf.

As part of this campaign, for example, there was a roundtable in the social media stream on Thursday with Cathy Engelbert (Managing Director of the Women's Basketball Association), Erika Nardini (CEO Bastool Sports) and Molly Solomon (Vice President Golf Channel) to highlight the perception of Top – To draw attention to female athletes.

Excerpts from the leadboard US Women's Open Round 1